EXCITING THINGS TO DO IN UPTOWN CHARLOTTE

Many of Charlotte’s celebrated exhibits sit steps from one another—and from the city’s hotels. For starters, the NASCAR Hall of Fame, which is connected to the Charlotte Convention Center, offers an excellent introduction to racing and its history. (More than 80 percent of racing teams are located in the Charlotte region, so NASCAR is a big deal.) Test your skills on a racing simulator, walk through a hauler or delve into the sport’s moonshine roots.
From there, you can walk to the Levine Center for the Arts, which houses the Mint Museum Uptown, the Bechtler Museum of Modern Art and the Harvey B. Gantt Center for African-American Arts + Culture. In addition to popular permanent exhibits, these museums feature speakers, film festivals and monthly jazz ensembles. the Mint Museum Randolph in the Myers Park neighborhood. While you’re in this area, be sure to snap a photo in front of the Firebird, the mirrored statue located on the Bechler’s plaza. Nicknamed the “Disco Chicken” by locals, the public art piece is an iconic Charlotte landmark.

A few blocks away, at Seventh and College streets, you’ll find the award-winning Levine Museum of the New South, an interactive museum that details Charlotte’s and the South’s growth since the Civil War. With mock houses, farms, shops and churches, hallmark exhibit “Cotton Fields to Skyscrapers” invites guests to see, hear and, yes, even touch the South through 1,000-plus artifacts, images, video and music clips, and oral histories.

Kick back with a cocktail or a craft brew while local and touring talent steals the spotlight. With multiple theaters, Uptown’s Blumenthal Performing Arts Center stages everything from Broadway hits to outdoor singalongs. You’ll also find music venues—like jazz club The Imperial—throughout Center City. A quick cab ride takes you to entertainment complex AvidXchange Music Factory, which, in addition to multiple bars and a comedy club, houses an amphitheater, a Latin music club and multiple indie, rock and pop music venues.

If you’d rather see live action over live shows, root for one of Charlotte’s home teams. The NBA Charlotte Hornets, NFL Carolina Panthers and Triple-A affiliate Charlotte Knights play at Spectrum Center, Bank of America Stadium and BB&T Ballpark respectively, all of which are located Uptown. Bojangles’ Coliseum, where the AHL Charlotte Checkers skate, is also minutes away, though not walkable. Most of the venues serve local brews or locally inspired eats, so you’re sure to have an authentic Charlotte experience in each of them.

More things to do in Charlotte

RELAX IN THE COMFORT OF THE HOTEL 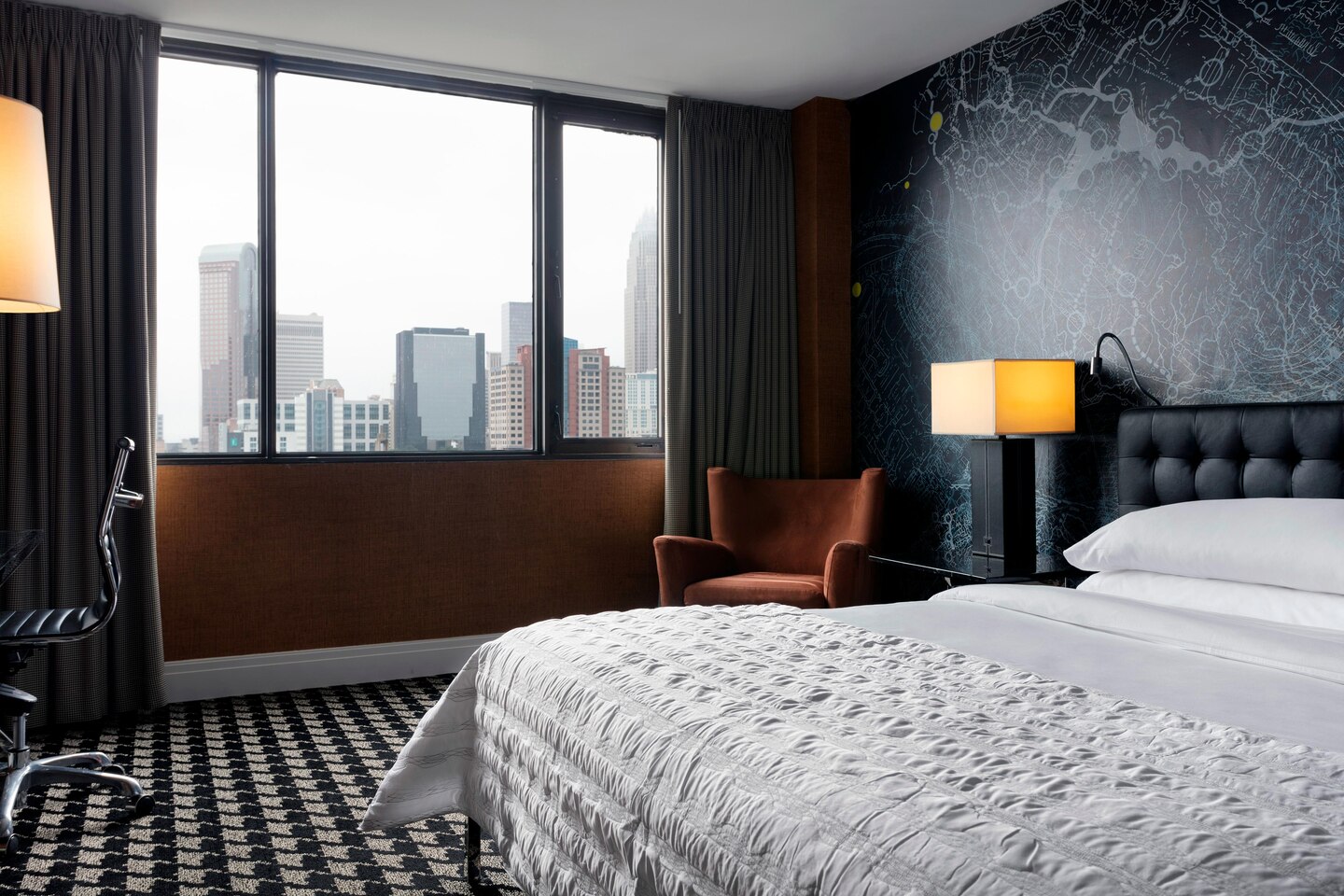